The small wooden boats (drifting objects) of the LIFE LEMA project, LIFE15 ENV/ES/000252, have travelled more than 350 km away in just one month, drifting with winds, currents and waves. In this case, 9 of 30 boats launched in open waters of Gijón (-5.7º E, 44º N) in the past Christmas have been found on the French coast, between the Arcachon Bay (44.6º N) and Lacanau-Océan (~45º N). Fabien, who has found one of those 9 boats, sends us a picture of marine litter that can be found on the beaches of this area.

The wooden boat painted in the MyCoast project arrives at the French coast after a month’s journey that began in the open waters of Gijón. 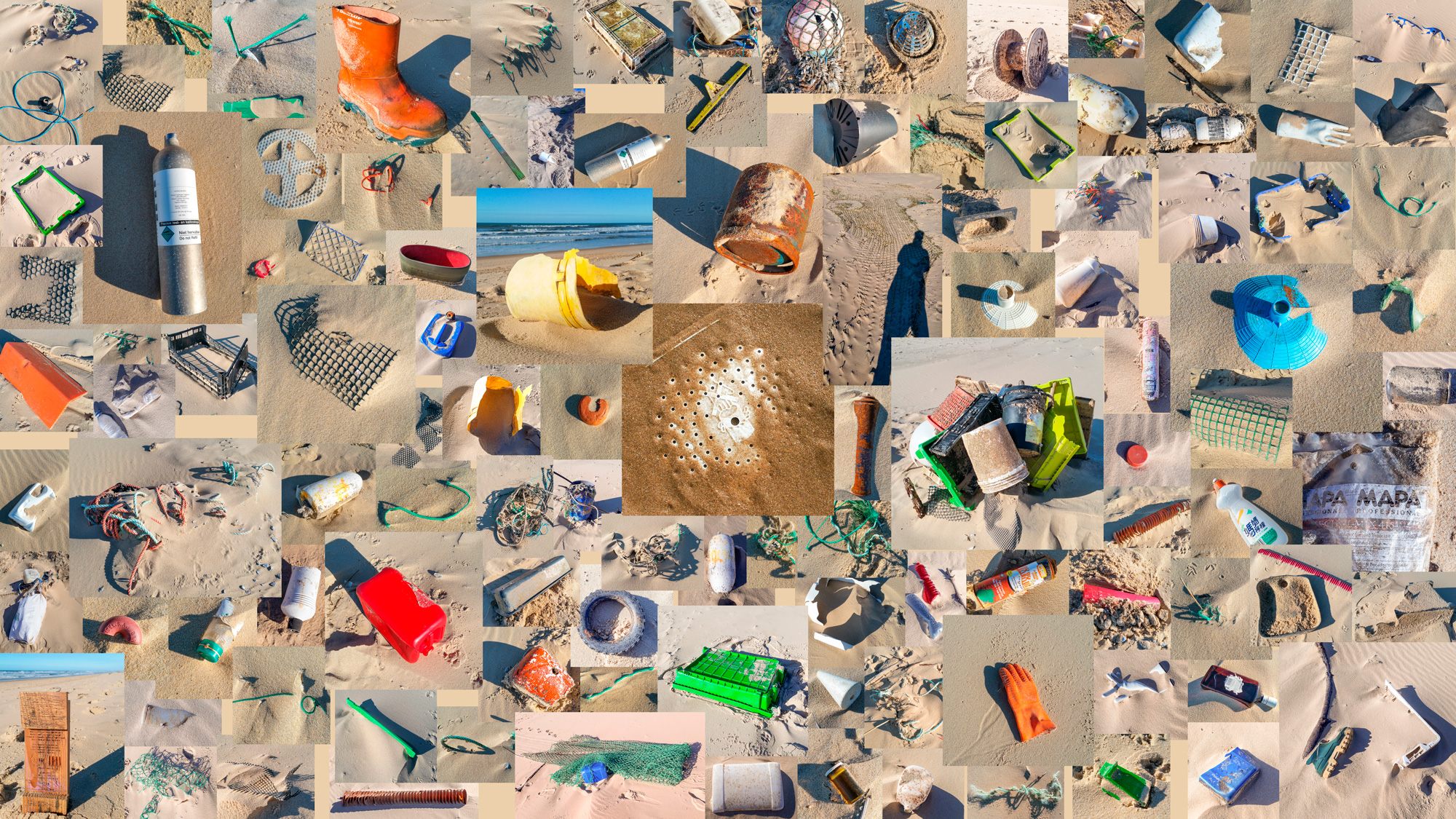 We have just recovered, after a year of immersion, the last passive sampler of the four placed in the aquaculture testing facilities of Mendexa and in the buoy of Donostia (https://www.euskoos.eus/es/red-oceano-meteorologica-de-la-cae/boya-de-aguas-profundas-de-donostia/). These devices accumulate, continuously and without the need for an energy source, the chemical contaminants present in the water such as organochlorine pesticides, which despite being normally found in very low concentrations in the marine environment, can have harmful effects on both the environment and human health. AZTI has worked with NIVA (https://www.niva.no/) in the framework of the European project JERICO-NEXT (http://www.jerico-ri.eu/) for its placement in our waters. NIVA coordinates the placement of several samplers like these in different European coasts. 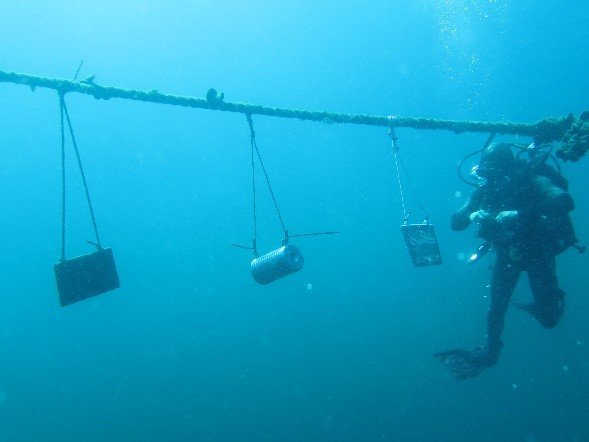 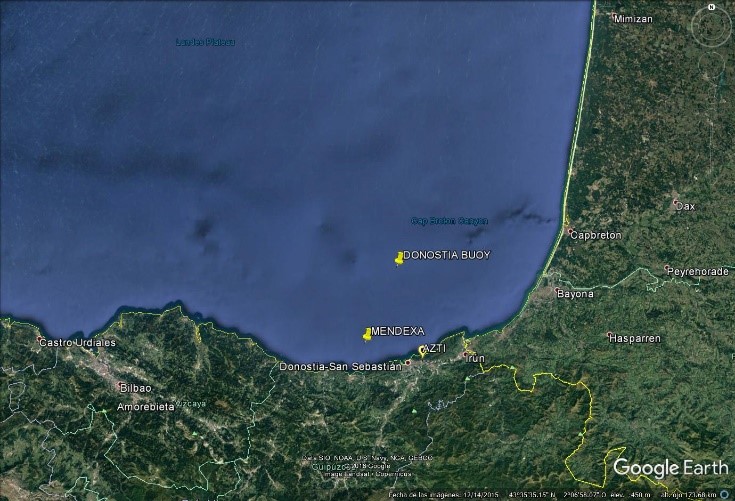 AZTI has participated in the Kick off Meeting of the Phase II of the Copernicus Marine Service In Situ Thematic Centre (INSTAC) held in Athens. The mission of the INSTAC is to provide integrated products built from in situ observations to fit the needs of CMEMS internal and external users. AZTI will coordinate for the next three years, with CNR-ISMAR and SOCIB, the implementation of HF radar data into the INSTAC catalogue. 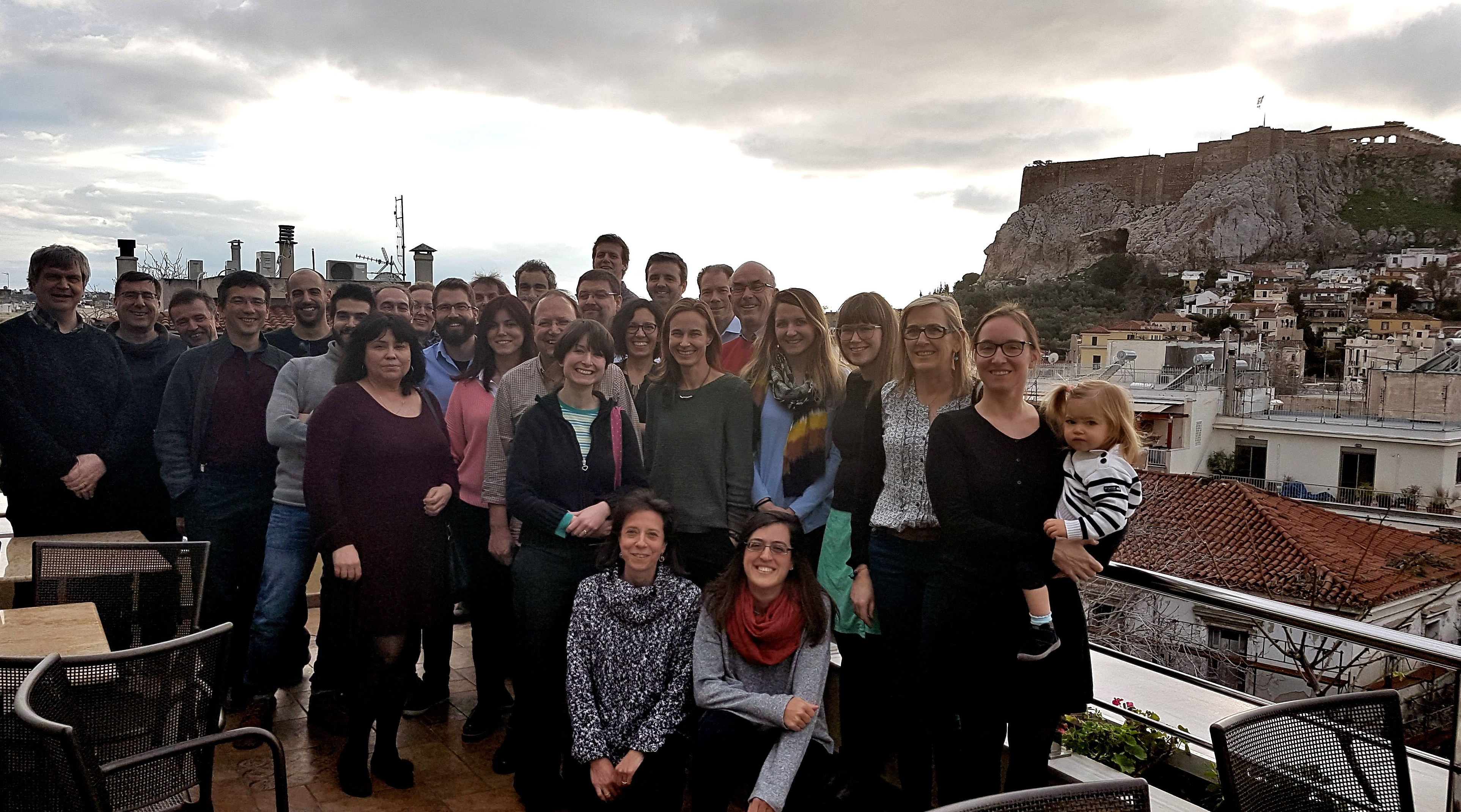 2017
EuskOOS team has just published an article in the scientific journal “Remote Sensing of Environment” that evaluates the impact of southeastern Bay of Biscay eddies on the offshore export of highly productive coastal waters. The research has been done using a 6 years data set from the EuskOOS HF radar and has been developed in collaboration with colleagues from SOCIB, IMEDEA and KAUST. The paper entitled “Eddy-induced cross-shelf export of high Chl-a coastal waters in the SE Bay of Biscay” can be free-accessed by using this this link before January 27, 2018:
https://authors.elsevier.com/a/1WBED_o69Gzv4

On November 8, in Glasgow, the MAREA project, funded within the framework of the INTERREG POCTEFA Program, was awarded within the category “Creation of a model of sustainable regional development and that promotes social integration” in the fourth conference of the Atlantic Strategy of the European Union.
The Marea project aims to develop innovative digital tools that prevent the risk of erosion and flooding in coastal areas in the face of a storm. Likewise, MAREA seeks synergies between the community cooperation instruments of different areas, but that complement each other.
This award highlights the MAREA project and its partners at European level: Communauté d’Agglomération Pays, Eusko Jaurlaritza, l’Université de Pau et des Pays de l’Adour, Rivages Pro Tech and AZTI. 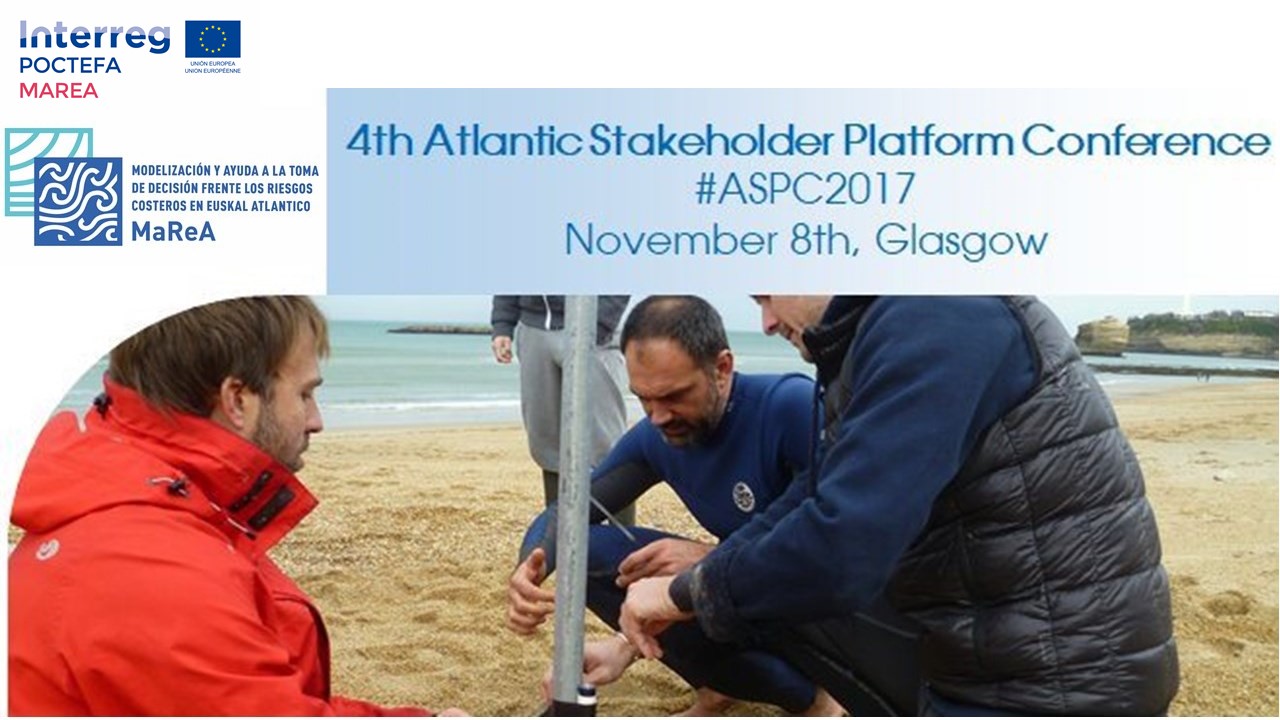 Ten years of ocean monitoring by our slope buoys shows temperature and salinity variability in the water column at different temporal scales. In addition to the main seasonal cycle of stratification and mixing, some specific events can be observed like the higher salinities measured in 2011 and 2012 or the les warm temperatures registered in summer 2013 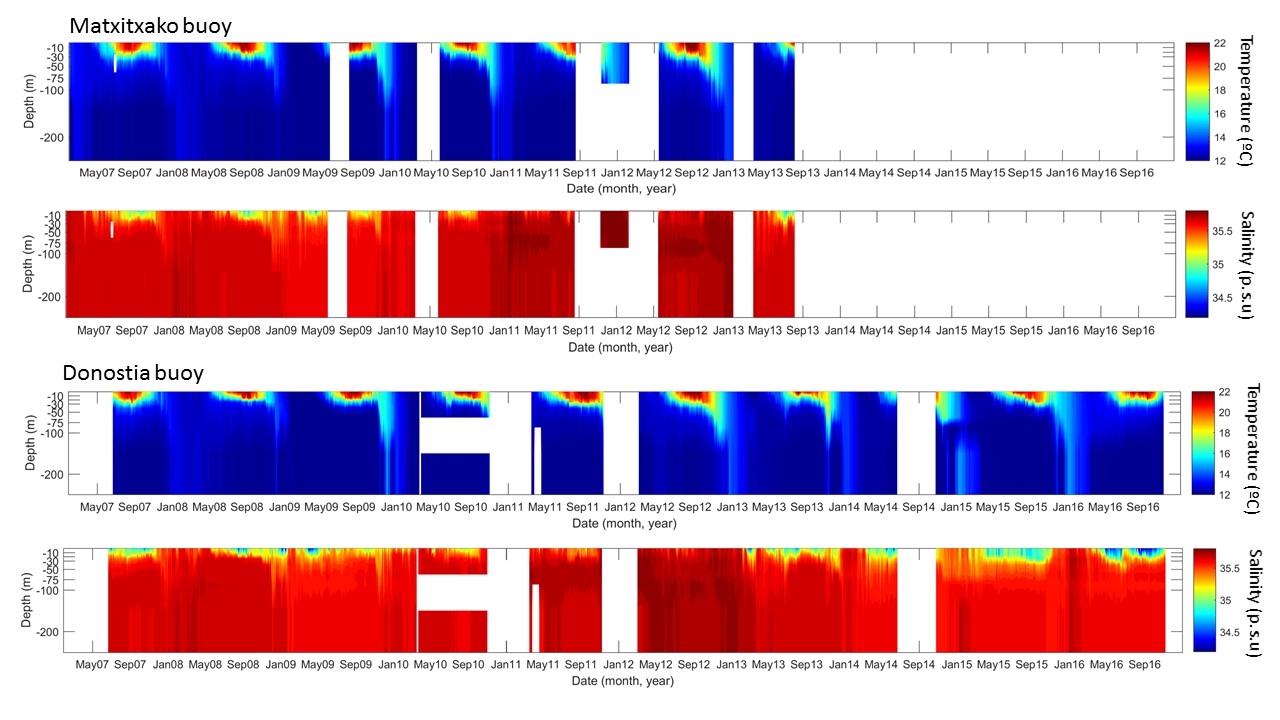