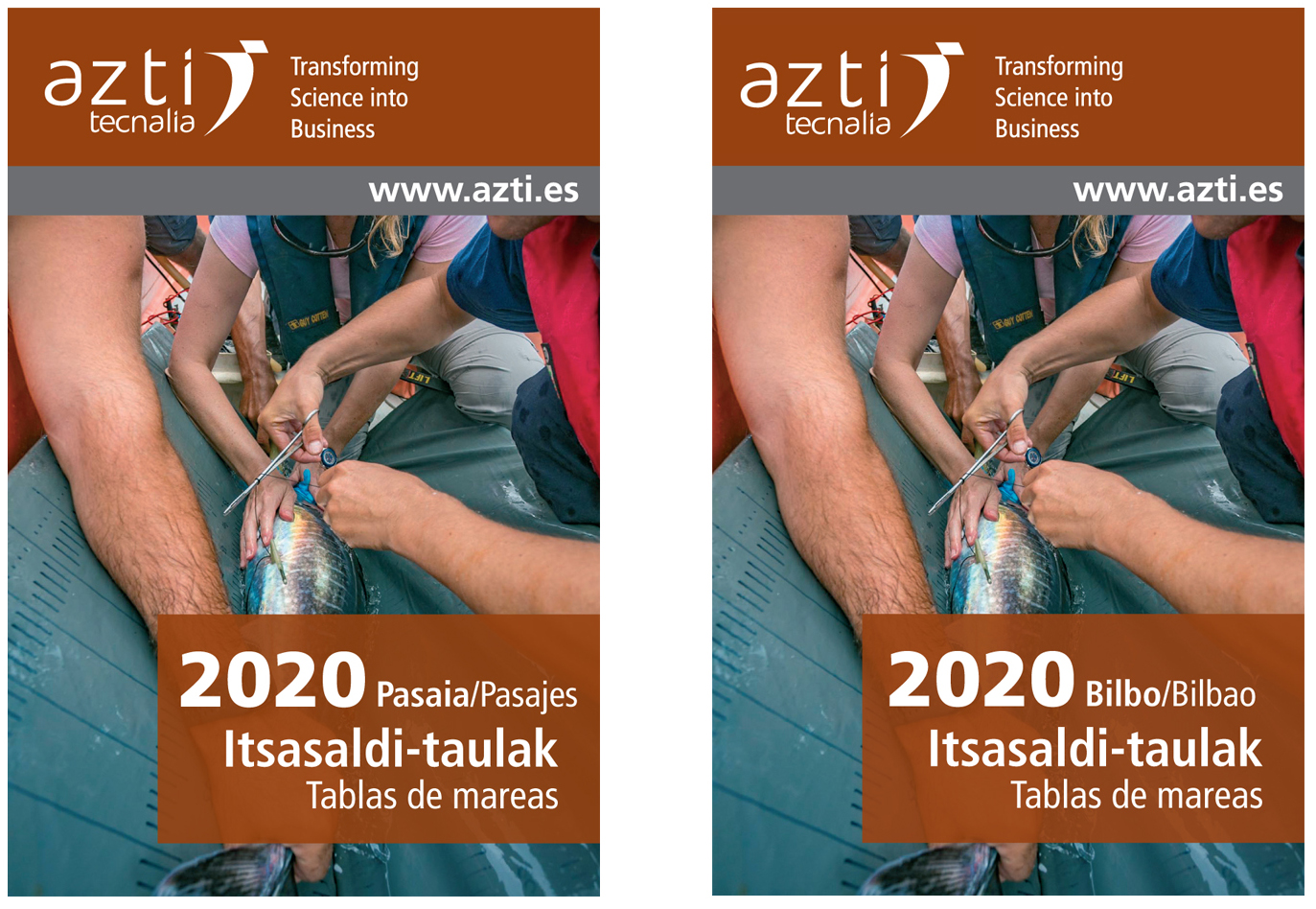 EuskOOS is the Basque coastal operational oceanography system operated by Euskalmet along with the expert advice of AZTI technology centre. This system envisages three purposes: 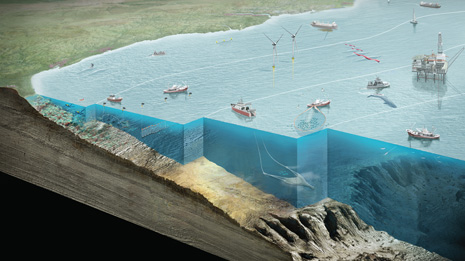 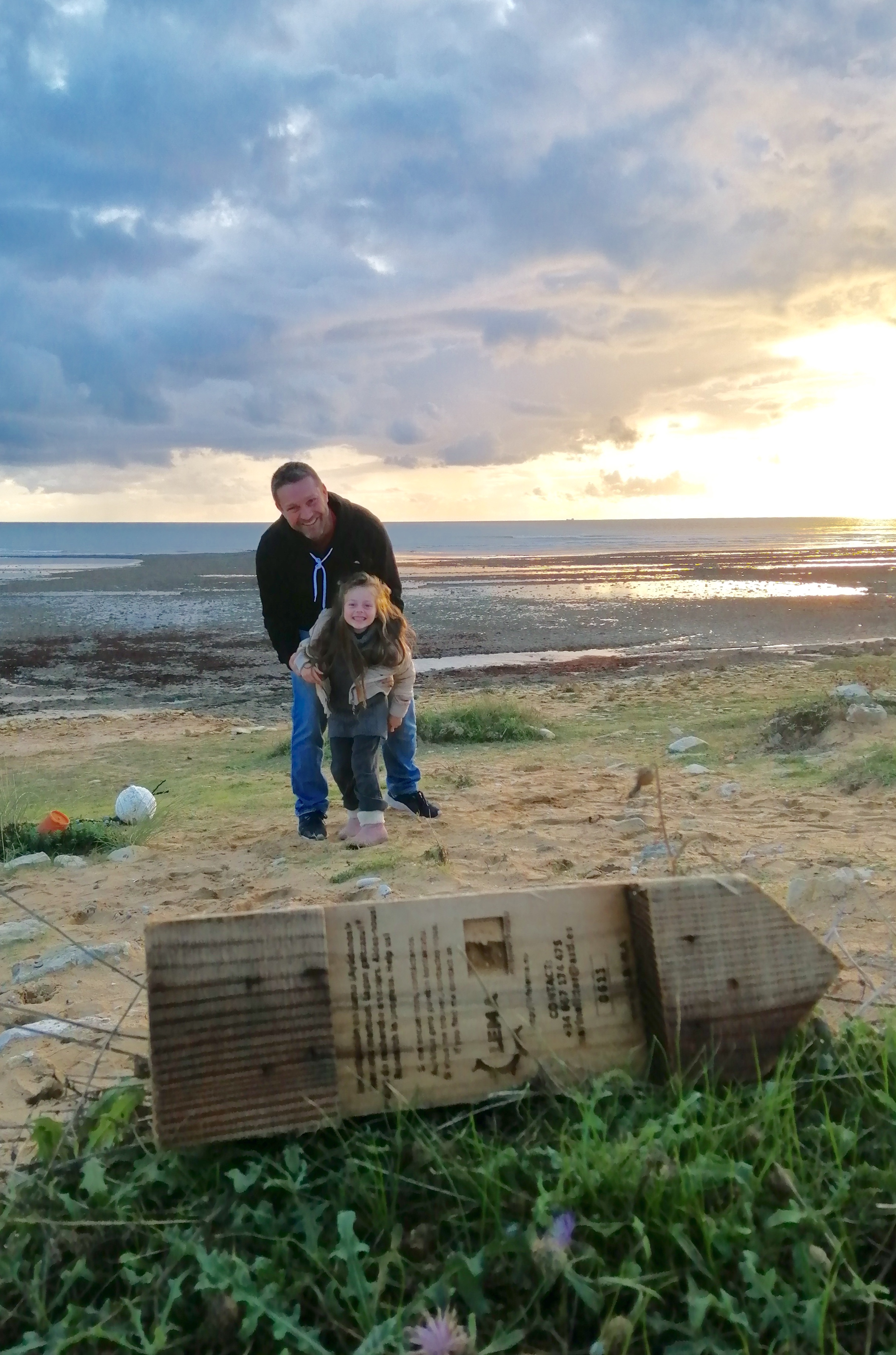 During the JUVENA campaign, carried out by AZTI and IEO, 47 wooden boats were launched in the open waters of the Bay of Biscay (~ 45.5º N, 4º W). More than half of the boats have reached the islands of Ré and Oléron in France. The newspaper SUD OUEST has published a story about it. 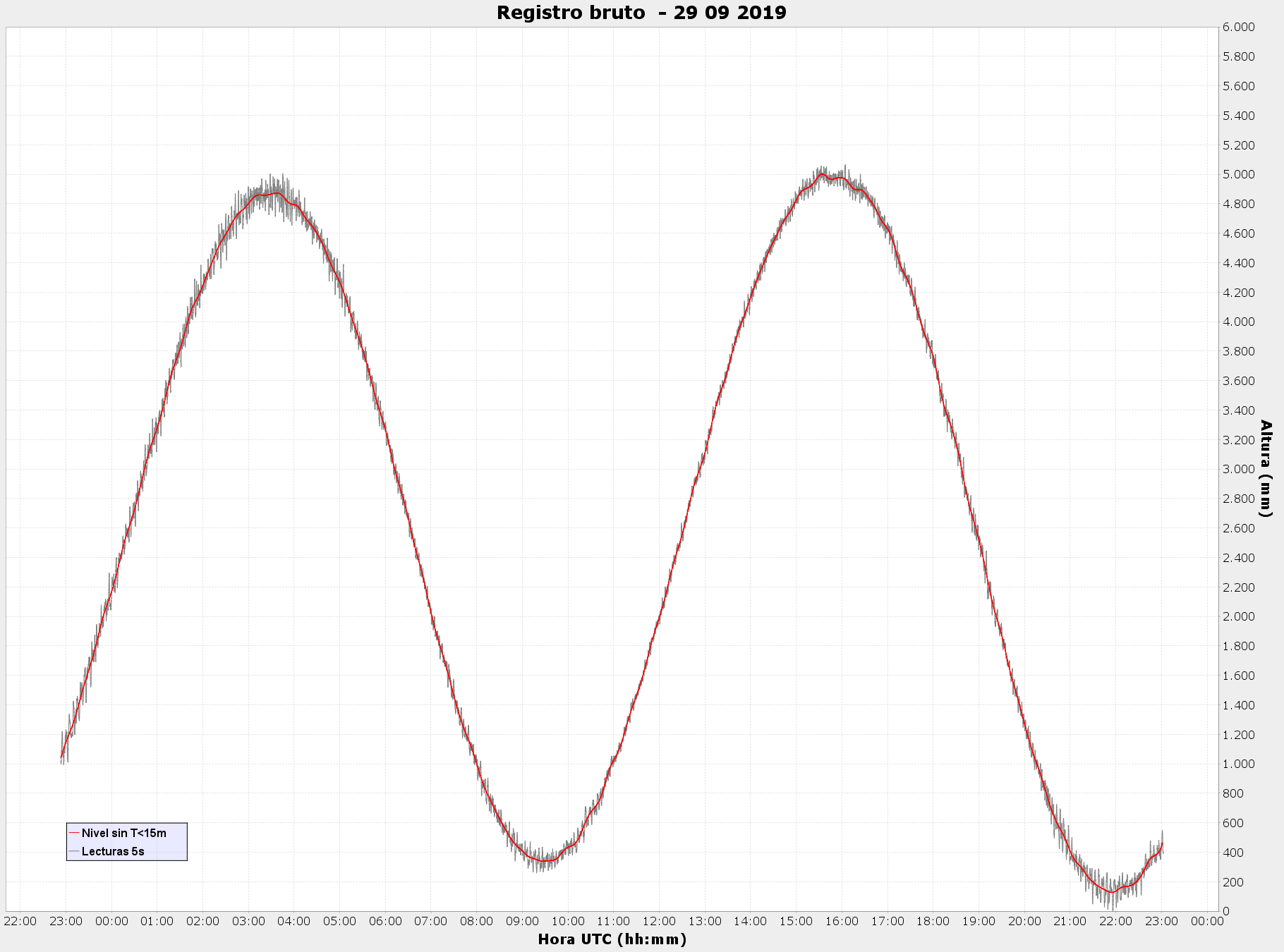 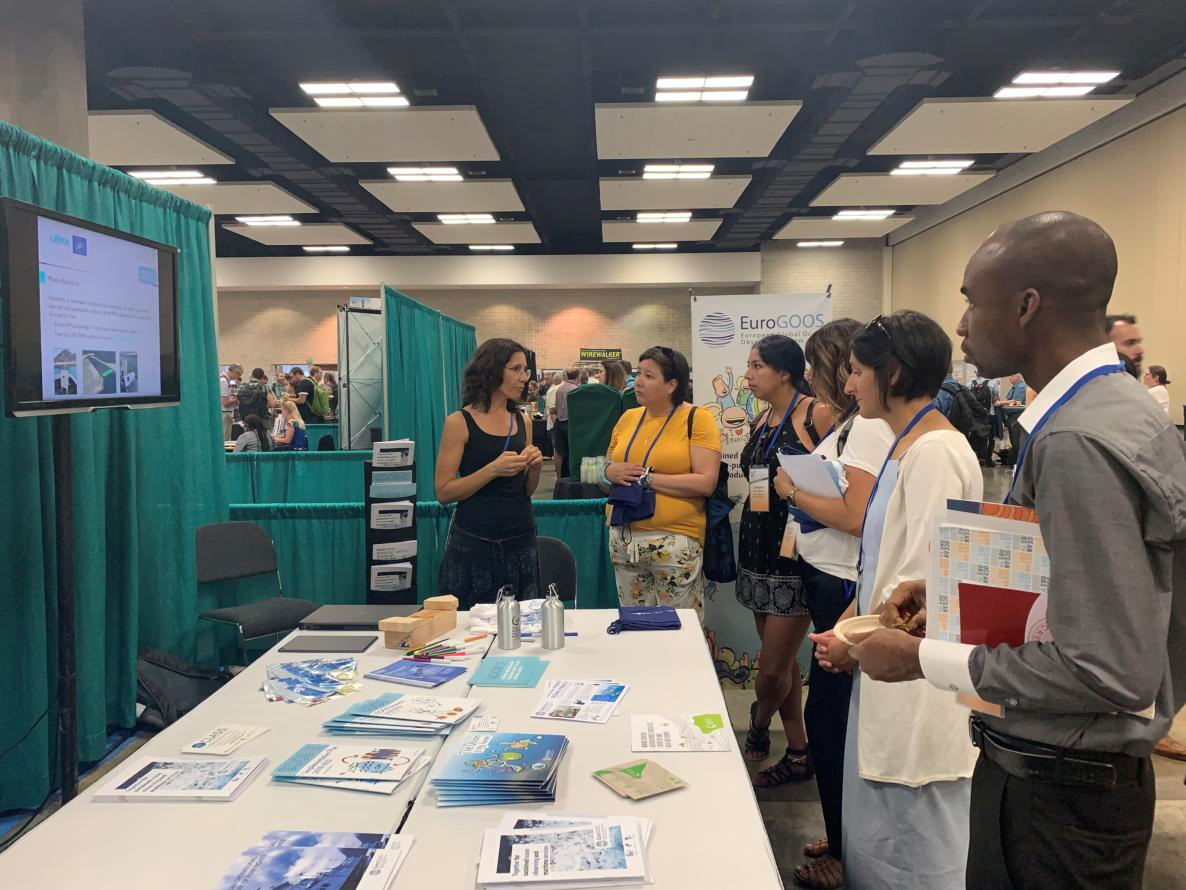 Every 10 years an important event returns to define the new challenges in ocean observation. This 2019, the OceanObs19 conference aimed at “Improving the response to the scientific and social needs of an integrated ocean observation system suitable for that purpose.” AZTI has been present in this edition that has been carried out in Honolulu, representing EuskOOS, EuroGOOS and the work carried out by AZTI in projects such as JERICO-RI and LIFE LEMA. 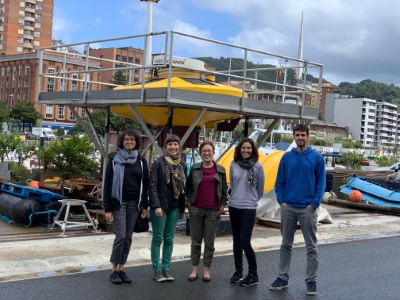 On 9 and 10 September and at the AZTI-Pasaia facilities was held a meeting of the European COMBAT Project, whose objective is the integration of ocean current data measured with high-frequency coastal radars with satellite data and oceanographic models. The project, which started in April 2018, is funded by the Service-Evolution programme of the COPERNICUS marine monitoring service (CMEMS) and is being developed in collaboration with the French institutes CNES-LEGOS and CLS. 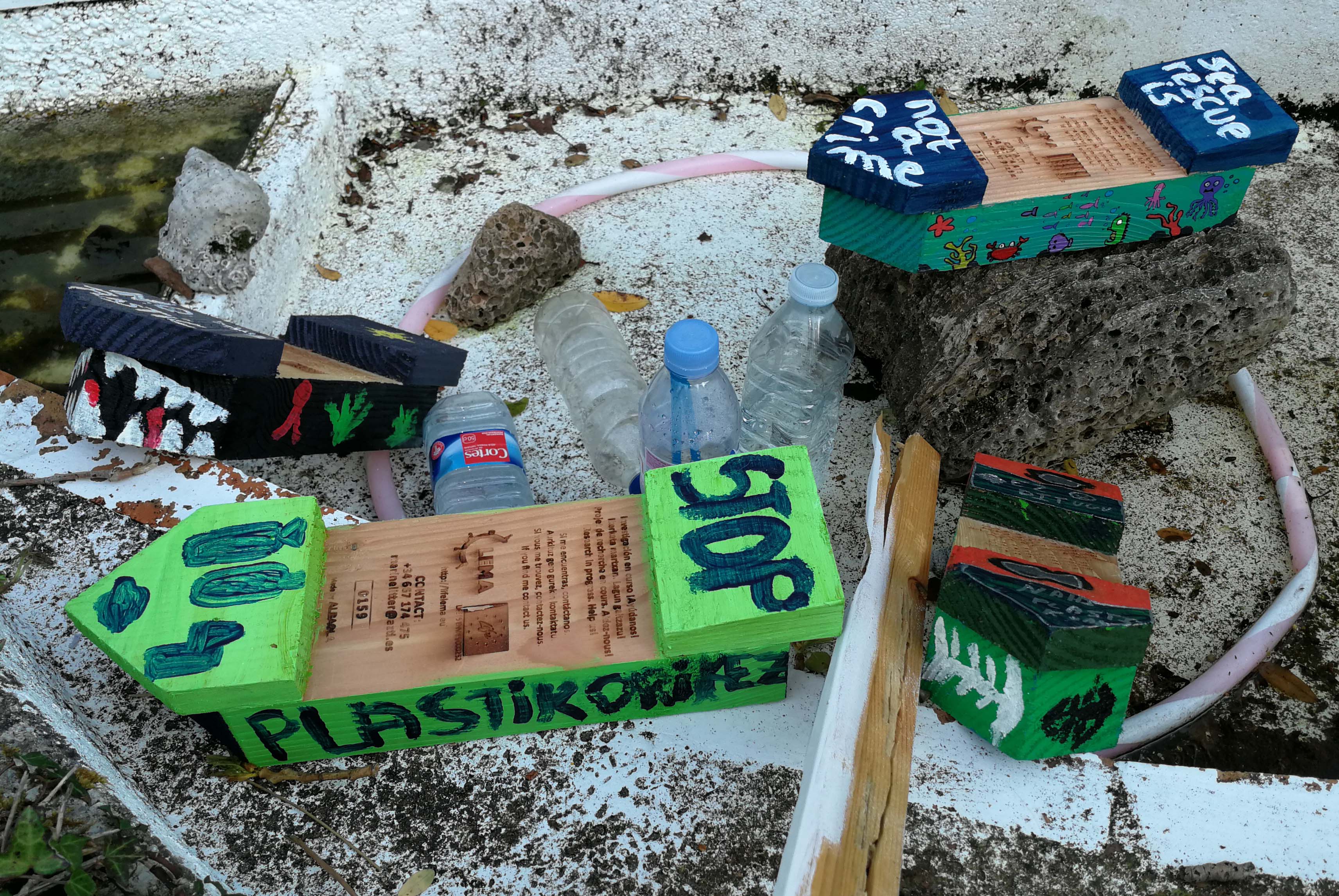 North Atlantic Subtropical Gyre European Project LIFE LEMA, LIFE15 ENV / ES / 000252 (http://lifelema.eu): During the RADPROF campaign of the IEO, carried out in August, 120 wooden boats have been launched in the waters of the Galicia Bank and in the open waters of the North Atlantic (~ 43º N, 15.40º W). The objective is to study the possible trajectories of marine litter towards the Portuguese coast, its intrusion into the Mediterranean or its drift following the North Atlantic Subtropical Gyre.

Consult the data from the coastal stations of Bilbao and Pasaia in your cellular phone. Download the App. 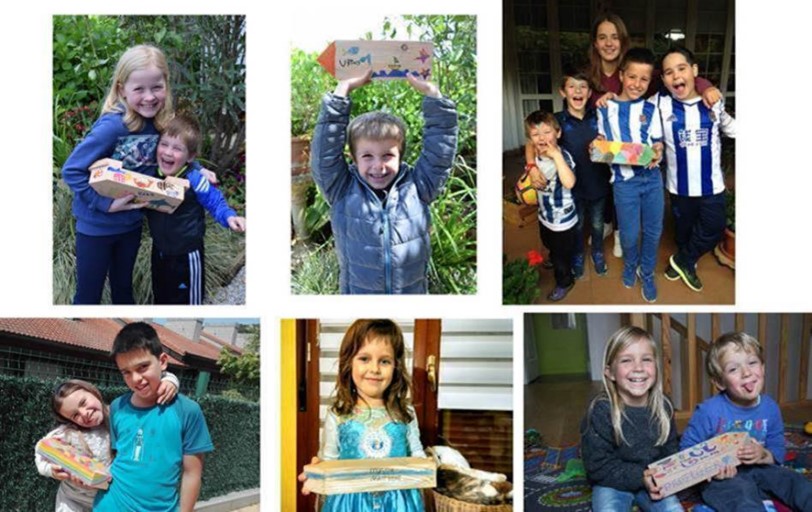 European Project LIFE LEMA, LIFE15 ENV / ES / 000252 (http://lifelema.eu): The LIFE LEMA Consortium’s effort with the collaboration of all of you during these last three years has been rewarded with the second prize of Maritime Rescue in Category II, for being a sensitization initiative for the conservation of our seas. Thanks to everyone! http://www.salvamentomaritimo.es/premios-salvamento-maritimo-ods14 And we still continue with it, after paradisiacal destinations such as Madeira and the Canary Islands, the boats are now arriving in Portugal. But many continue to navigate the Bay of Biscay and the Atlantic looking for new adventures…. 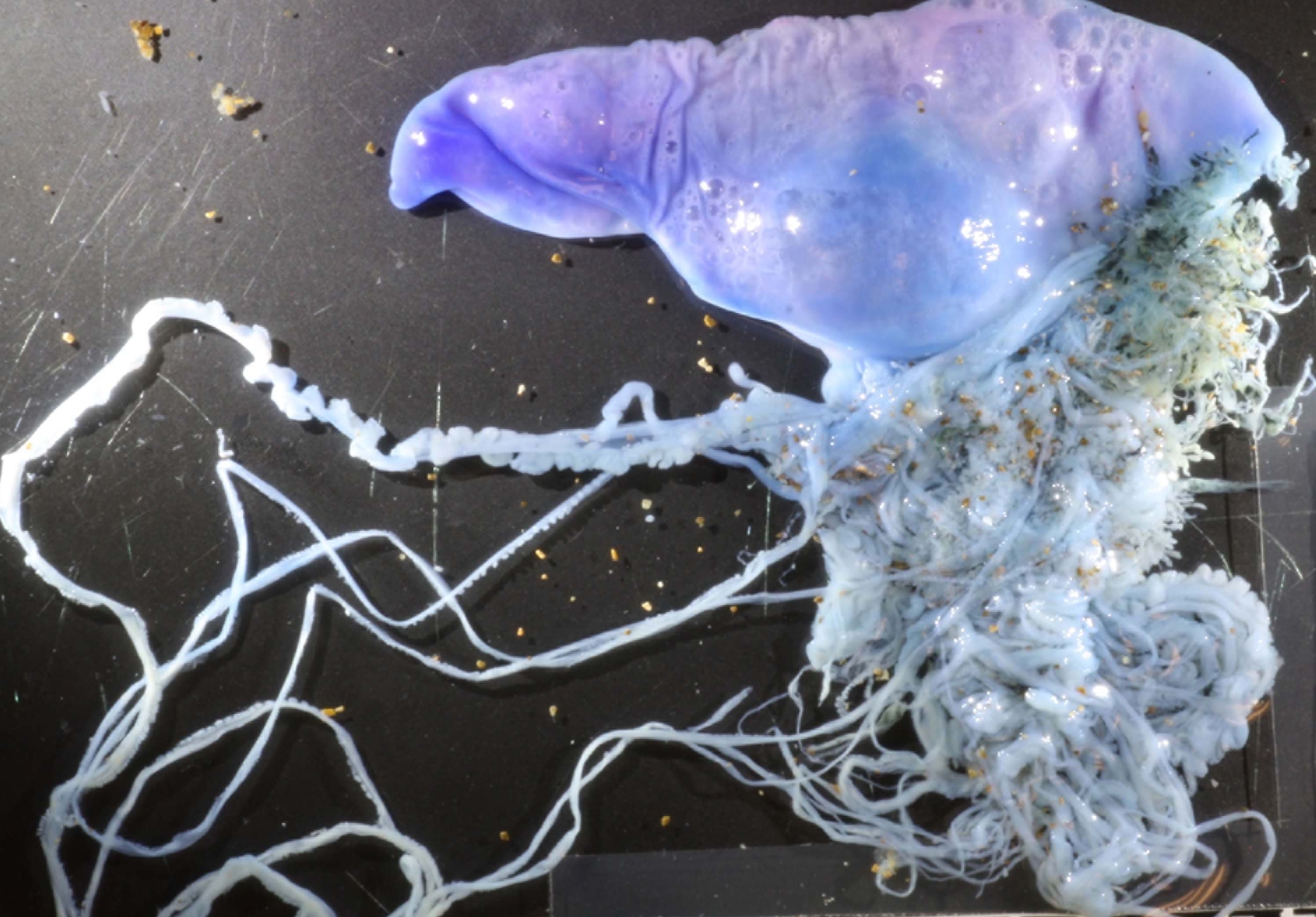 Dimorphism in the Portuguese man-of-war

Dimorphism (i.e., the existence of two different forms: left-handed and right-handed individuals) in the Portuguese man-of-war and its relationship with drift is one of the many unknown themes of this colonial organism. Research carried out by AZTI has shown that the origin of the Portuguese man-of-war is in the North Atlantic Subtropical Gyre (work referenced in NATURE as advisable reading: https://www.nature.com/articles/178253a0). Recent results to be published indicate that a greater or lesser occurrence of left-handed than right-handed individuals depends on the specific winds of each year.

The last newsletter of JERICO-NEXT (project completed last September) has just been released, with a video on the JERICO-RI research infrastructure in which AZTI is participating. https://youtu.be/H_Oa2c0ANww JERICO-RI is a sustainable framework whose main objective is to provide high quality data, expertise and coastal observation infrastructures for European seas. The next issue of the JERICO-RI saga (http://www.jerico-ri.eu/) will officially begin on February 1, 2020 with the JERICO-S3 project, whose kick-off meeting will be held in AZTI and about which we will communicate soon. In the meantime do not hesitate to subscribe to Youtoube JERICO-RI: https://www.youtube.com/channel/UCZtxtKoO7I_eS2jOqBoGPHA and to the Facebook @JericoNEXT and twitter @Jerico_NEXT accounts to stay informed! 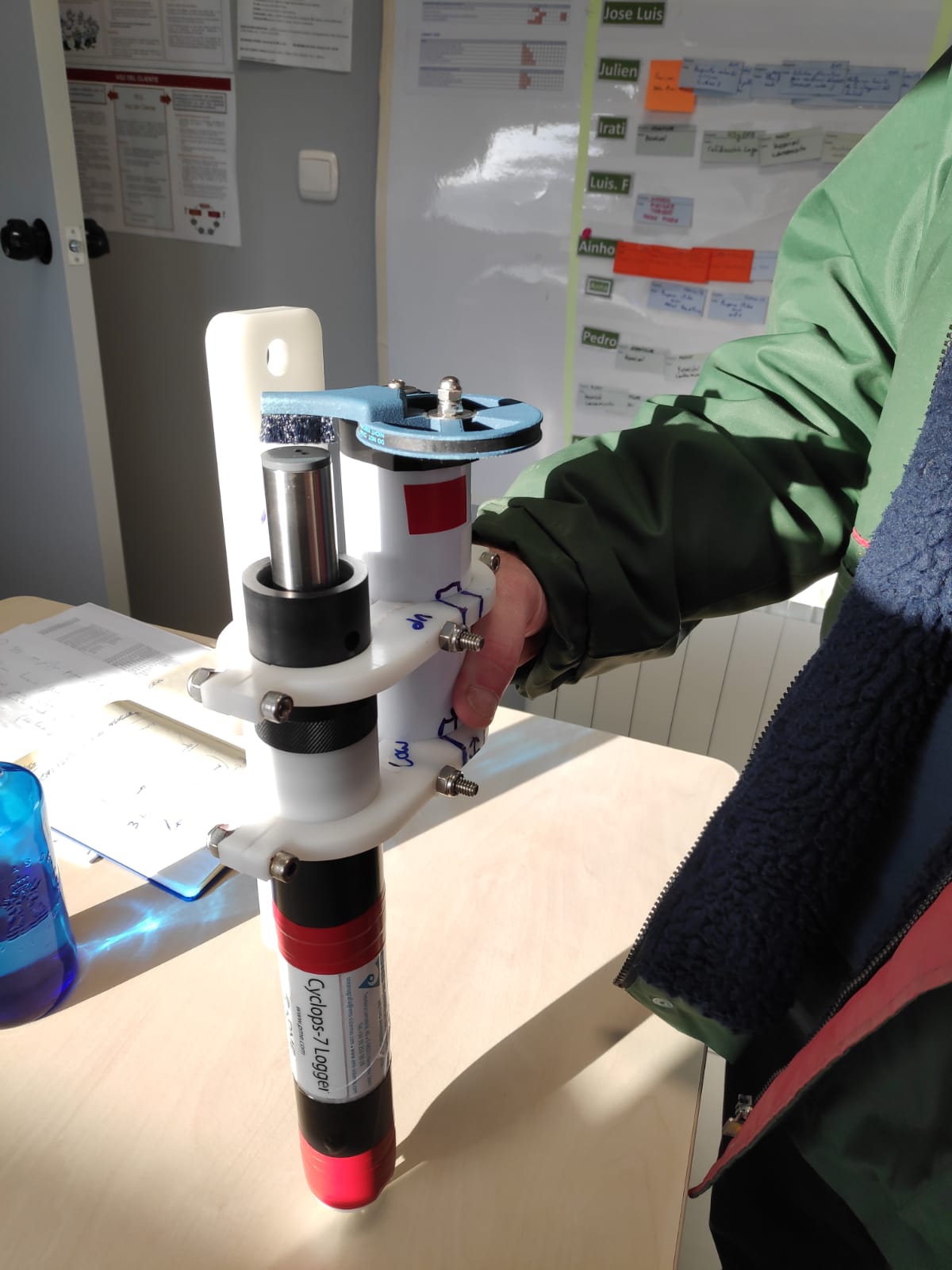 This week we have performed the firsts tests of our new autonomous fluorometers, equipped with a mechanical antifouling system. They are to be installed for continuous monitoring of the fluorescence in the Mendexa experimental aquaculture platform. More on how they perform and the gathered data soon!!

Swell in the open sea 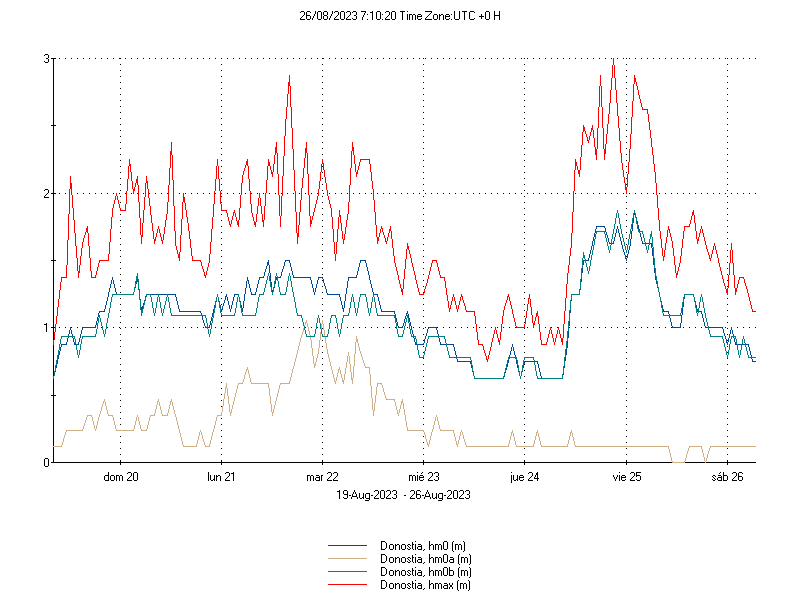 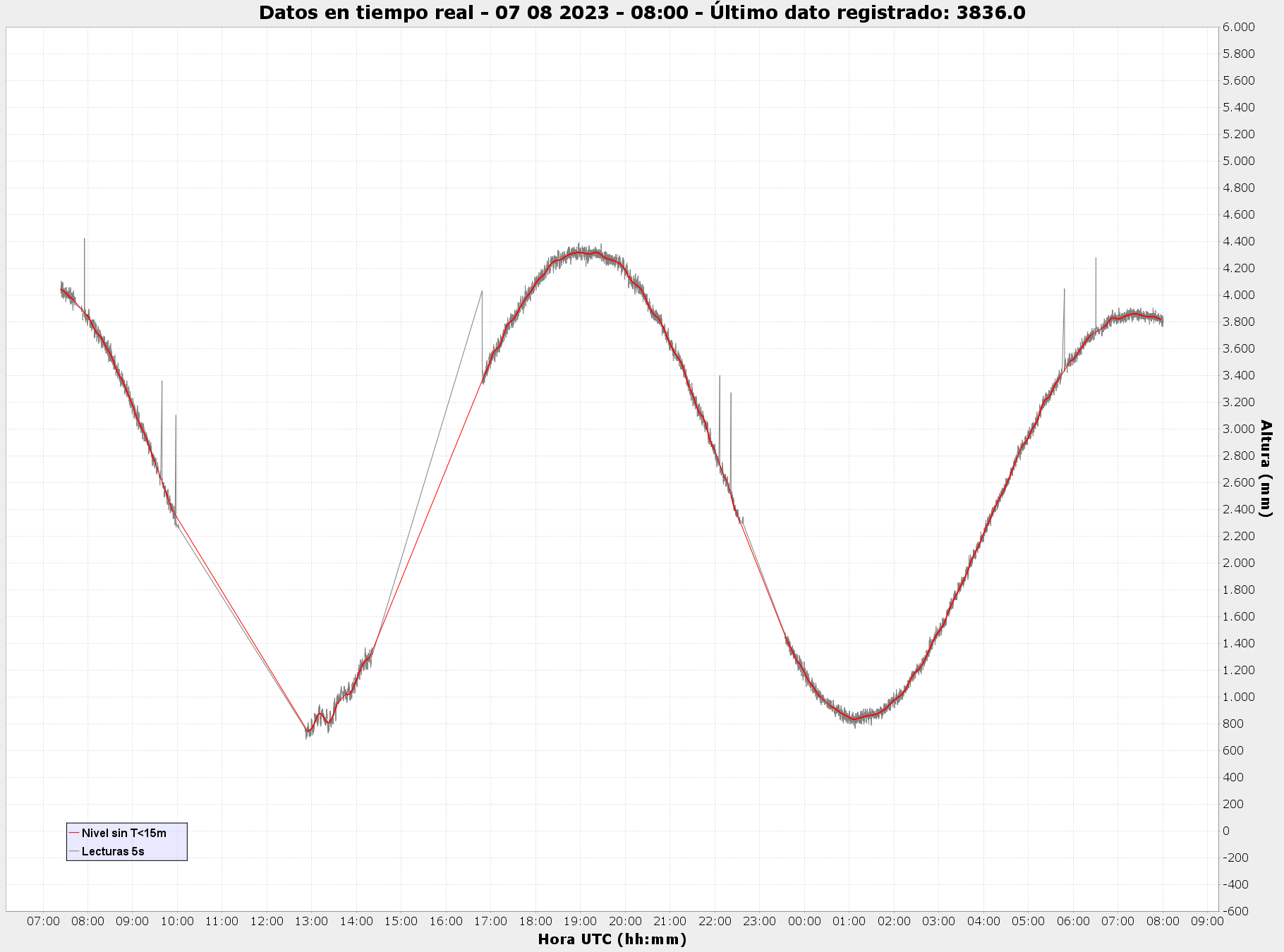 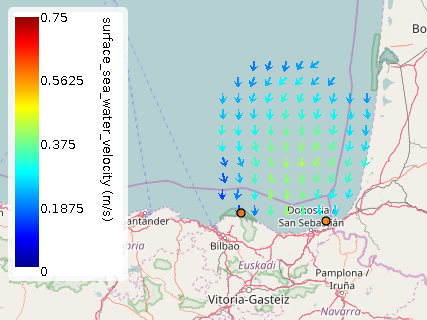 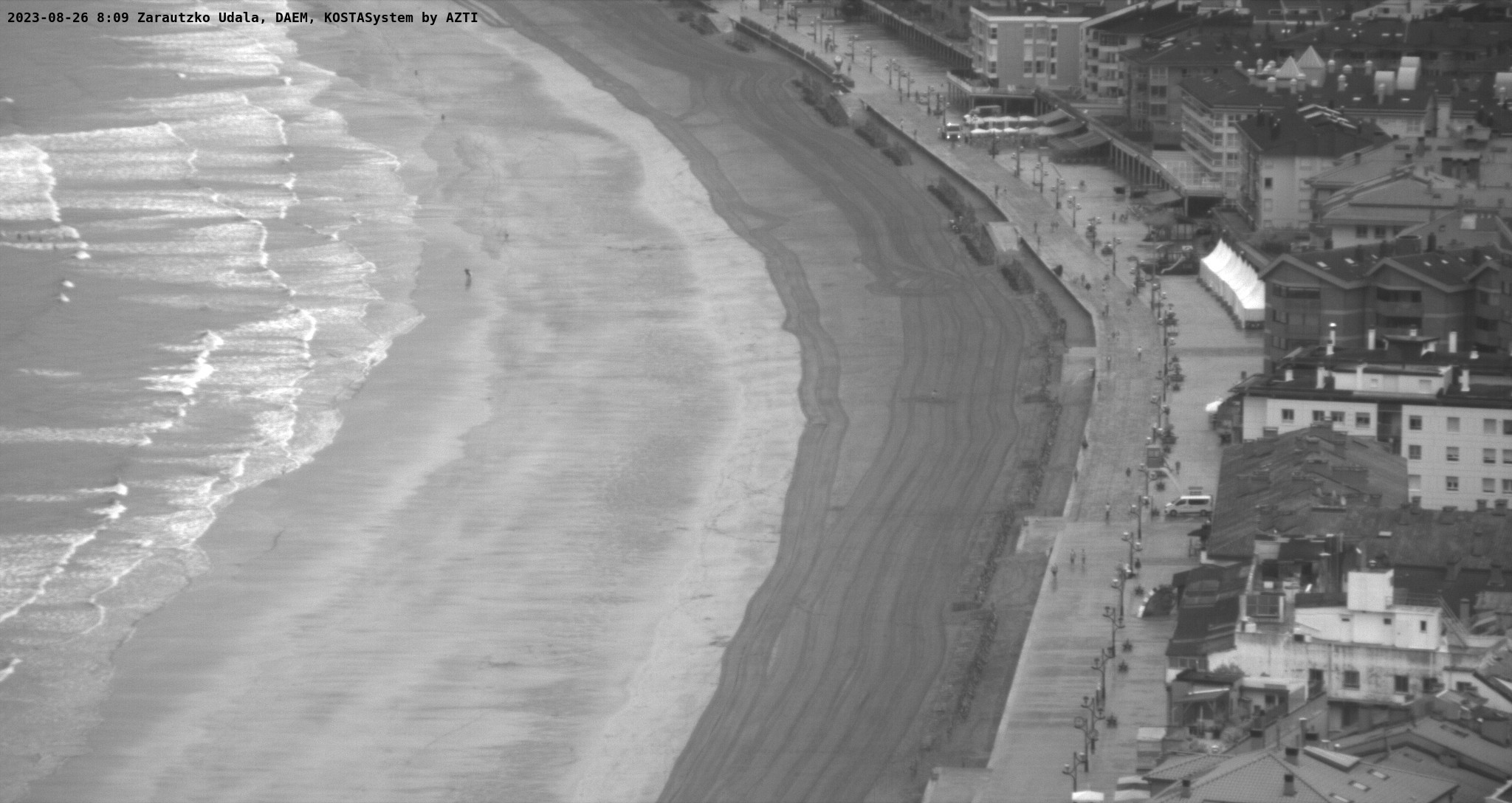 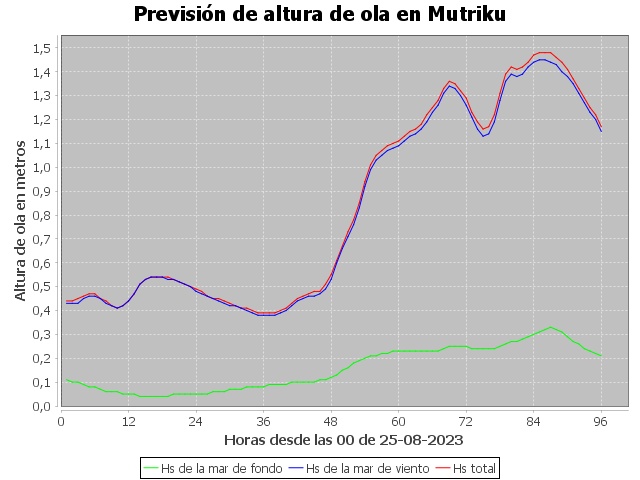